Now that Memorial Day has passed and summer has unofficially started, it’s time to start thinking about how you’re going to beat the Louisville summer heat. Maybe you like a quick dip in a pool or to camp out in a heavily air conditioned building. For me, the best way to cool down is with something sweet and something cold.

I’ve spent the past few weeks sampling frozen treats around Louisville, and I’ve come up with a list of the five best places in town to cool you down and satisfy your sweet tooth.

I first had Louisville Cream’s ice cream at their launch event at Louis’s The Ton last year and it was love at first taste. This summer I’m pretty sure the LC team thinks I’m stalking them. (I’m not. I swear.)

It’s just that I can’t get enough of their super creative, small batch, locally sourced ice cream. Their flavors change monthly and usually feature some ice cream classics, as well as some more creative flavor profiles. My recent favorites have been honeyed cornbread and their caramelized IPA, made with Germantown’s Monnik beer.

What makes Louisville Cream different from other ice cream you can find in Louisville? Besides the genius flavors, it’s the creaminess factor. LC uses milk with a high butterfat content making it the creamiest around, and worth every single extra calorie. They also have unique cone options, like birthday cake and red velvet from a custom cone maker in Brooklyn or my personal favorite, the pretzel cone. 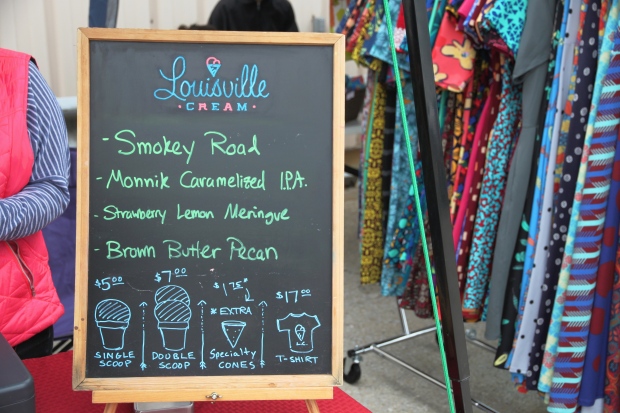 It’s not just the ice cream, though, that I love about Louisville Cream, it’s the fact that this started out as a passion project between two friends who just really love ice cream. These guys have put a lot of time and hard work into Louisville Cream and it’s apparent in their delicious product.

Louisville Cream doesn’t have a scoop shot yet, but you can catch them at events pretty much every weekend. They also do caterings. Check out their social media for updates on where they’ll be and then go grab an ice cream that will ruin every other ice cream for you.

A new addition to Bardstown Road, Steel City Pops is a small chain serving gourmet popsicles. The first Steel City Pops was opened in Alabama in 2012 and they now have shops in three southern states.

Don’t expect to find a Firecracker popsicle here. These are all-natural, small batch pops based on the Mexican paleta. Sweetened with only raw cane sugar, these pops are gluten-free  and vegetarian friendly. 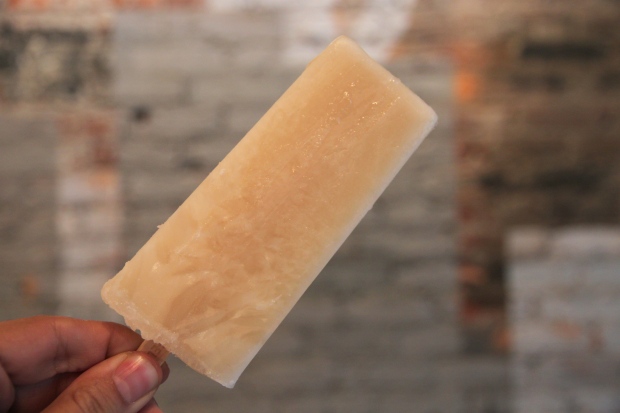 The menu is divided into two sections- fruity and creamy. The fruity pops have the texture of what you might traditionally think of as a popsicle, while the creamy side of things is more like ice cream on a stick. With flavors like blueberry basil and sweet tea or chai latte or jasmine green tea, choosing what to order was incredibly difficult. I ended up going with lavender lemonade, while my friend chose a creamy coconut.

Both were delicious. The coconut tasted like a cream pie, and my fruit choice was pleasantly tart with a very apparent lavender flavor. With so many more flavors to try, I will have no problem filling up my frequent buying card at Steel City Pops.

The Comfy Cow has become my go-t0 weeknight treat spot, much to the detriment of my healthy eating plan. With 7 locations in Louisville and Southern Indiana, it’s easy to stop in for a little treat. All the ice cream is locally made and the cones are made throughout the day in each shop, something you’ll smell as soon as you walk in the door.

There’s a good selection of ice cream favorites like cookies and cream, mint chocolate chip, and butter pecan. They also have some rotating seasonal flavors, like their Derby menu which is heavy on the bourbon and contains some of the best Comfy Cow flavors. My personal favorite is the Simply Southern: pecan pie pieces, chocolate chips, roasted pecans, and Old Forrester bourbon in a butter pecan ice cream. 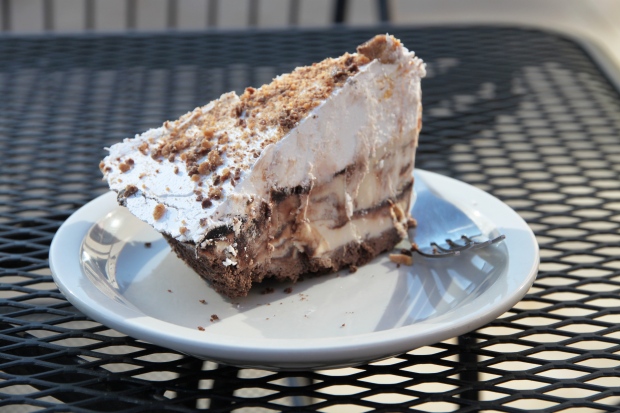 You can also get your ice cream in pie form, or between two cookies if that’s more your thing. Whatever you get, make sure you join their loyalty club. If you eat enough ice cream you can get a sundae party for all your friends!

If you’re looking for something to cool you down with a little less dairy, try SnoWhat Snoballs. This food truck sells “soft, fluffy ice covered with sweet syrup and free toppings”. 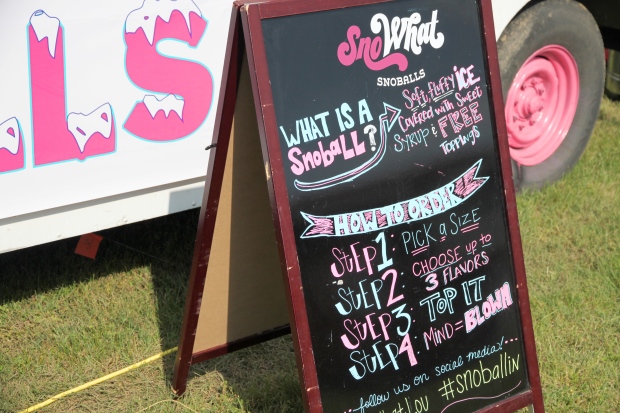 They have tons of syrups to choose from, from things you’d expect on shaved ice like cherry and blue raspberry to flavors like jalapeno margarita and cake batter for those looking for something a little different. I had green tea topped with sweet cream which was perfectly refreshing without being too heavy. 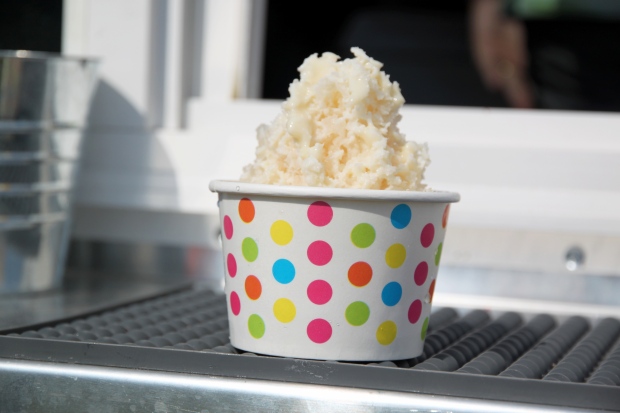 SnoWhat Snoballs can be found around Louisville all week long. Check out their social media for updates on their schedule.

An article about sweet summer treats in Louisville would be incomplete without a mention of this Louisville institution. Though I didn’t grow up here, I spent many summer nights going for soft serve with friends as a child and I have an appreciation for a low-key classic place like Dairy Kastle.

If you’ve lived here for any decent amount of time I’m sure no introduction is needed, but Dairy Kastle has been serving of soft serve, milkshakes, flurries, and hot dogs for 40 years. It’s cheap, it’s cash only, the people are friendly, and it’s sweetly comforting.

About Chew on Lou

A Louisville food blog written by Amanda Slavinsky, a former nomadic travel writer who is exploring her new hometown one bite (and beer) at a time.